A Word about the Hidden Strength

a couple of months ago, I’ve seen a client who’s been referred to me. She got an extra hour of coaching as a part of another programme she’s been attending.

This was her story:

“I’m unemployed. This has been going on for quite some time now and I have very little hope in finding something, because there are no jobs out there and also, I can’t find any qualities of mine that my potential employer might value. I draw paintings and stuff. And that doesn’t sell well.

I’m of a rather poor health. My stomach hurts, sometimes so bad that I can’t get out of bed. I know it’s stress. Sometimes I think about ending all this, because I can’t stand the pain. On the rare occassions I manage to get out of bed I find it hard to motivate myself and talk myself into any activity. Most time of the day I just sit in my room and try not to think. Because if I do, only negative thoughts appear on my mind. I can’t afford to go anywhere anyway. Like go out. I don’t even have the money to buy proper food so I try to grow some on my own. Herbs and all. I like organic, but can’t afford it. Anyway, what I grow it’s mostly just crap.

Sometimes I would like to be social, like other people, have friends, go out you know. I want to be around other people. But when I get the chance, I step back and hide. Don’t pick up the phone. Don’t return calls. Anyway, most of my past friends are gone by now and I don’t have anybody. Also, who would like to hang out with me? I’m such a looser …

I broke up with my boyfriend and he’s moving out. I couldn’t stand him anymore. I don’t know what to do now, being alone after all this time we’ve been together. I don’t know who I am without him. And I’m afraid to start a new relationship, because I think I’m gonna suck at it. It’s been so long, you know …”

Here’s what I gave back at her:

You seem like a very strong lady. Even though you’ve been unemployed and have very little money, yet you find a way to take care of your body by trying to eat healthy. You even try to grow organic food yourself.

You seem to be in touch with your body, as it tells you when you’re feeling stressed. I wonder how you manage to get out of bed even though you are experiencing so much pain. Also, I’m impressed by your ability to shut down your negative thoughts. And by your sense that they do you no good. It must have taken a lot of understanding and maturity to be able to realise that.

Despite your pain and feeling of being lonely, you think about your friends sometimes. I wonder what they would say about you should they be here. Do they know you grow your own food? What would they say about your drawings?

You even managed to put yourself first – by breaking up with your boyfriend even though the future without him looks scary at the moment. That must have taken a lot of courage. And at the end – you came here and you said you have it difficult to get out of bed. Yet here you are. I wonder how you managed to put yourself in a totally unknown situation, meet with a totally unfamiliar person in an unknown environment, without any guarantee of whether talking here would be useful for you? How did you do that? Sounds pretty daring to me …

While giving her the feedback, she was with me the whole time, nodding, so I knew I was telling the truth. It was all her words. After Quite some time spent in silence, she replied that she’s always had some sort of a strategy to cope in the most difficult times. I acknowledged that this shows a real strength. Her eyes became wet as I said this. It was a moment we both knew, we were witnessing a very strong person, very sensitive and a creative one. She left the session with a smile. Didn’t come back. 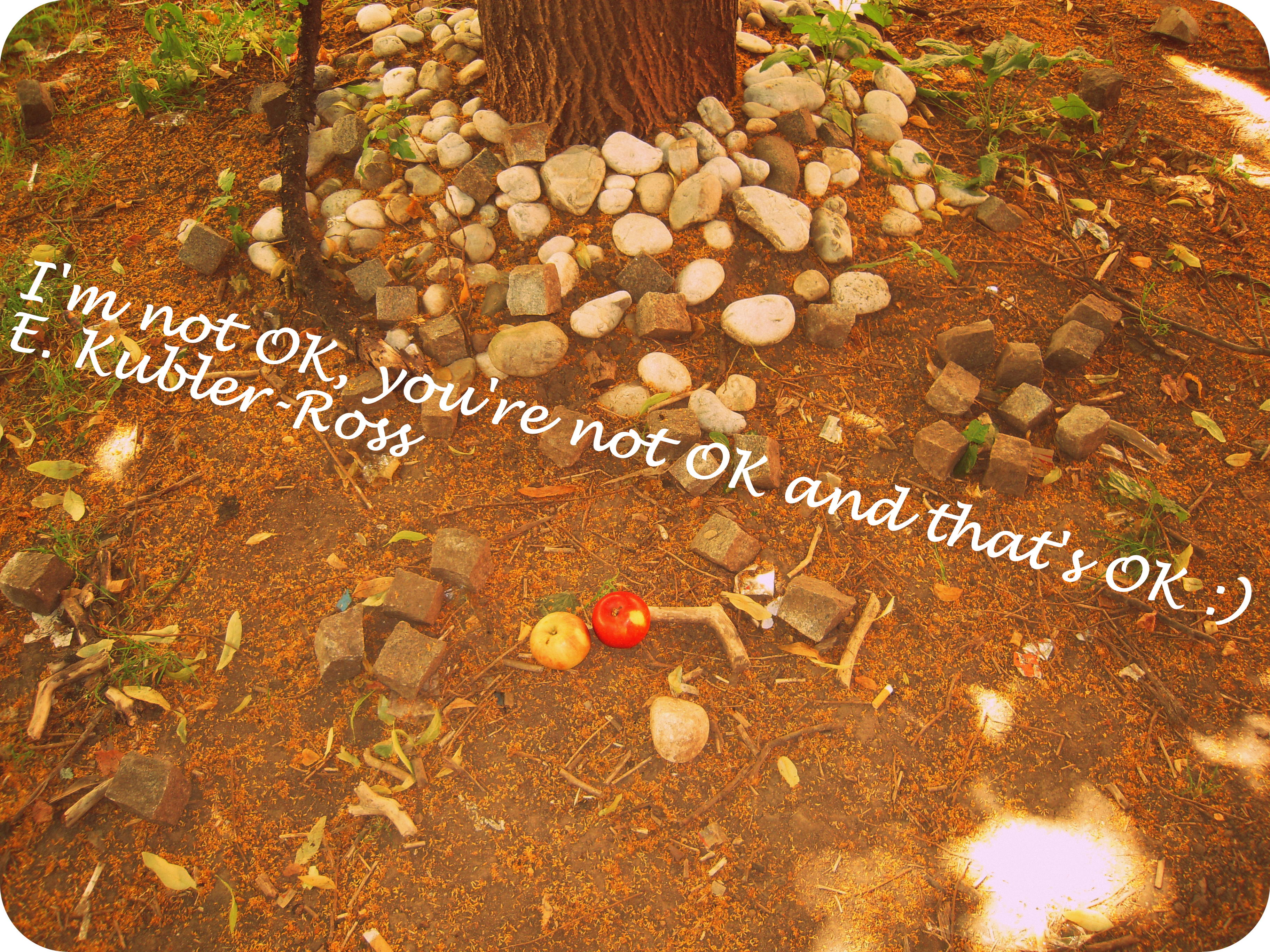