Rumour has it people, interested in psychotherapy, psychology, etc. have big issues themselves and apply to study these sciences in order to resolve their own personal problems. Don’t know whether this is universal stereotype, it certainly is a common one in my country. For example, even I’ve been labelled as »she’s into therapy because she needs one« from people who are jealous or have their own issues and feel threatened by my success. Not being bothered by these, I just sit back and let the karma do its thing.

However, digging a bit deeper, there is something in there. Many (or even most?) profound therapists and psychotherapists have gone through all sorts of personal tragedies themselves. Like for example Milton H. Erickson and Virginia Satir, who’ve been great inspiration for solution focused pioneers back in 1970’s and 1980’s. You might say that they developed their therapy approaches because they wanted to help themselves. But you know what? They were brave, very brave. They learned from their circumstances and more, they used it as a means to find a tool that would be accessible to others as well. They made a step forward, from their lowest point to a selfless sharing. Maybe that’s even why they became so influential and famous – because they spoke from experience. Their »I know what it’s like« actually means they really knew. Who could better understand your situation than the one who’s experienced it him/herself, or at least was in a similar one at one point of his/her life? Also seeking help when needed is an act about great courage. People who don’t have it make remarks. People who do, take actions.

As you probably know the proverb that goes something like “is not so much about who never fails, but it’s more about how many times they managed to get up”. Well that’s exactly that. I know I would only trust a person who speaks what he/she’s actually experienced and/or about what he/she truly understands. Would not add any value and validity, if his/her example was different than words. Or if it was just “a nice thing to say” or tons of beautiful speaches and advice I didn’t ask for. Maybe that’s a bit difficult to relate to, but I’m sure you have experienced a moment that you felt bonded to someone, simply because of her/his charisma, energy, warmth, that something about that person and you felt this person has something for you to take, and you have something you want to give back. Or pass it on. You felt comfortable together and even though you might not remember what the other did or said, you would evaluate your time spent together useful and pleasant. I dare to say that most of my clients come to me (or keep coming) because they feel related to me. To my basic being, not my qualification, not my education, expertise, whatever. We bond and that’s the first basic ground that predicts good work we could do together.

So maybe partly, the stereotype is true. As it is with most prejudice – they often contain at least some seed of the truth. But even though it may be true, the evil tongues fail to acknowledge that most great therapists, psychotherapists, psychologists were those who HAD personal experience of a very difficult situation AND were brave, modest, selfless enough to be able to share their experience and their learning from it with others in order to make it less difficult for some. At least that’s what they are hoping for. I know that’s what I’m hoping for. 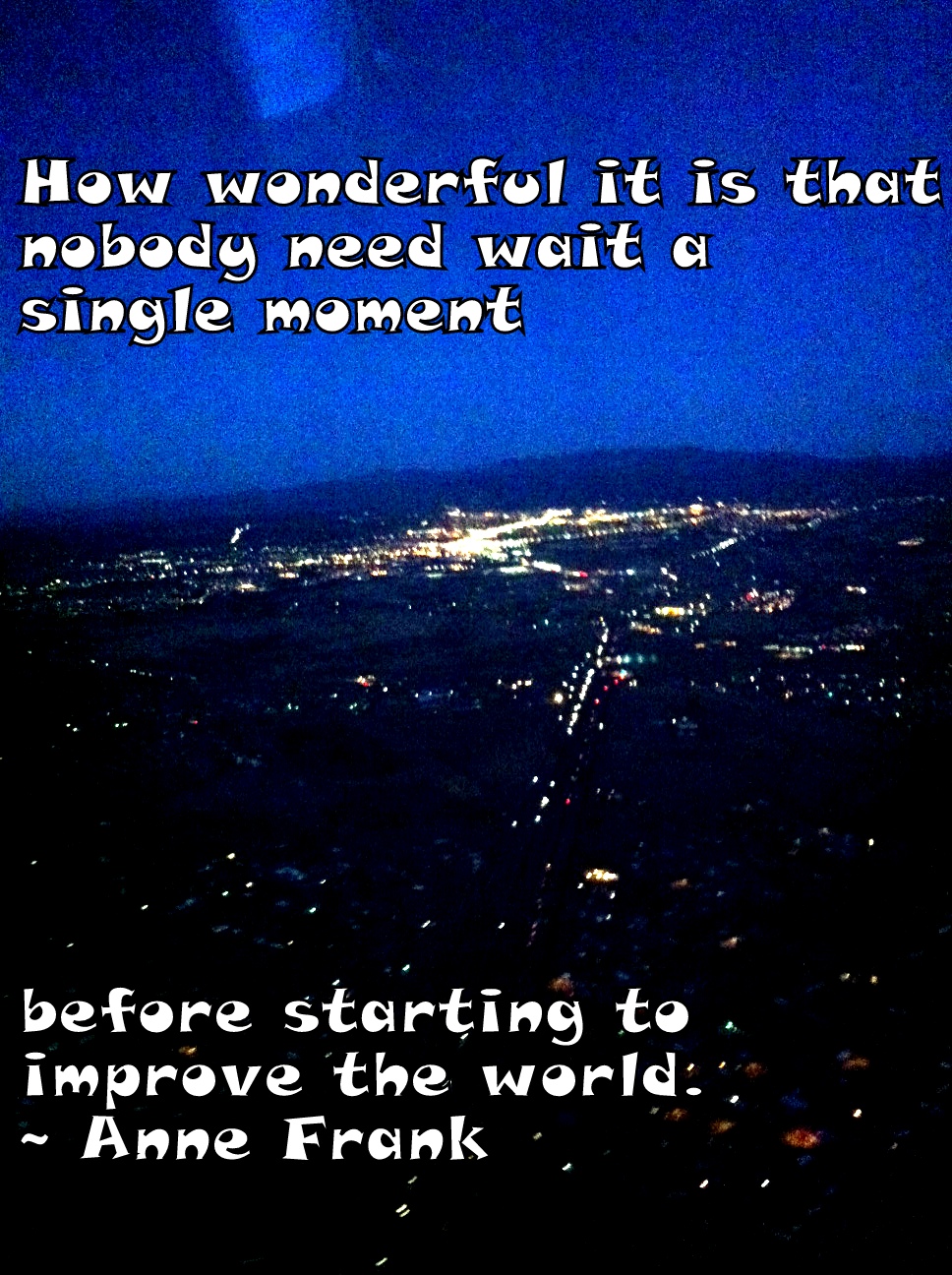 A nightsky on my journey back home from American training and conference. See “a fierce journey” article for what the overall travel looked like.