The dark side of holidays

So many good wishes everywhere you look and everybody seems to have such marvellous time. Well, according to statistics, it is also the saddest part of the year – day is short, weather is cold, rainy, etc. (true, depends on where you are), many bacteria causes all sorts of unpleasant pain or cold. Also, for many people, this is the loneliest time of the year and watching merry movies with Christmas tree, happy family and presents only adds to sorrow.

A friend sent me fb message today, wishing me all the best. He also wrote that our friend in common jumped under car. Not by accident I suppose and it didn’t end well.

There are millions of reasons why someone decides to end his/her life. And it is particularly sad if that someone is young, with his whole life in front him. And it’s not going to let it happen.

On this sad day and time of the year, I’ll tell you about my role model. My Grandmother. She’s the one we’ve spent our Christmas with. She was kidnapped and forced to go to war when she was 17. She escaped from the concentration camp and migrated to my country. With a guy who later on became her husband. She didn’t know anyone, didn’t even know how to speak the language in a foreign country. She migrated in 1942 and had to sleep in the woods till 1945, because it was too risky if they would find her. In 1944 she got pregnant with her first child, but still she had no home. She had two more children after the first one. She saw her original family 25 years after the war ended.

Her husband left her after a while. She had to make it on her own. Worked as a cook, cleaning staff, all sorts of low paid jobs, because she had no education. She was about to study medicine, but then the war happened and her dreams were killed. Her three kids grew up and started their own families. I was her last grandchild and I’ve spent my whole childhood with her. I couldn’t have asked for a better one. Had a big dog who would accompany me all the time, she didn’t bother where I was or what I was doing, so at age of 5 I climbed all the hills in the neighbourhood and knew every tree and nobody controlled me or told me what to do or not, when and what to eat and what to wear. Just had to be home as soon as it got dark. Pure heaven.

Back to her. Her husband returned. He was very ill and an alcoholic. There was violence involved. He died soon after. It is now more than 40 years since his death. Her second child, at the age of 52 died from lung cancer. She buried her own daughter. It broke her. I could go on and list you all the difficulties she’s experienced. But let me tell you what’s so special about her.

She survived. All that and more. And yet, today, as she’s nearly 90, she has no regrets. She still keeps her own garden and breeds some animals. She gets up at 5am. No exceptions. Every day. She exercises regularly. Eats only what she grows. Eats little. She learns new things, with passion. She reads everything. From horoscope to the greenhouse effect. When we were implementing Bologna system to our higher education, she knew more about it than I did, and I was in the preparation group at my faculty.

She needs very little. Until recently, she had no trash can, because she didn’t produce any rubbish. Her pension is less than 400€ and yet she manages to give each of us 50€ for our birthdays. She keeps calendar of our birthdays and calls us regularly. She was the one who was most proud when I graduated and I gave her a copy of my thesis. The only original copy I had. She is pure giving. Owns almost nothing and yet, so she says, she is the richest person on Earth. Because she is content with what life had brought her. She desires nothing. Doesn’t complain. Doesn’t accuse, or preach, or command. But she does care. I’m so proud to be her granddaughter. Hopefully I’ve inherited at least some of these brave, modest and powerful genes.

So dear reader, there is always someone, who cares about you. There really is. There is always someone you care about. What difference would it make to tell them that? Or somehow show them? What difference would it make for you, telling or showing them you care? Life is so short. You may feel sorry. Not for what you did, but for what you didn’t do. 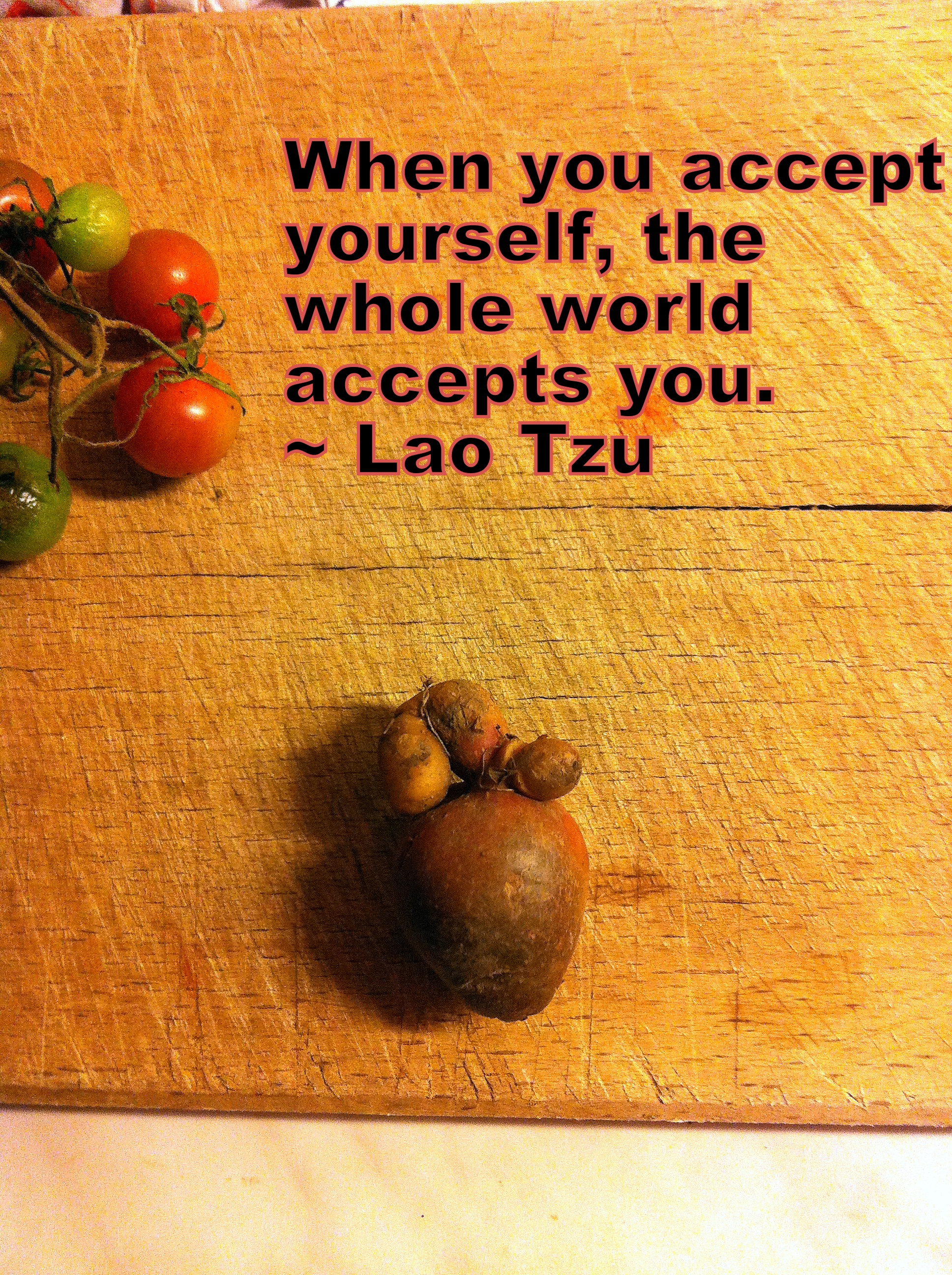 Our potato. My grandmother gave the seeds.