I can’t believe it’s February already. I’ve had a meeting today with the faculty leadership, because we need to establish our relationship in more details now that I’m opening my own institute. It was a heavy meeting, because we went through the same debates all over again that we already had in the summer (see the post Sorry I can’t deal with your situation). And at the same time this is good, because this project is really important to me and I’d like to set a clear and strong foundation so that there are less possibilities on conflicts later on.

Now I’ll tell you a miracle story. I’ve been to another conference. Yes, another. This one was a regional conference of Solution Focused coaches and practitioners in organizations (not therapeutic kind). As I’m an ambassador for Slovenia, I was also invited, but because I’ve been to USA and am dealing with my company, there was simply no way how I could financially manage to participate on this conference. The organizers tried very much and even offered me a place as their own scholar (with reduced fee) but even that wouldn’t work for me. So I didn’t think about it anymore, because there is no use to cry about something you cannot have and there will always be a next time. Hopefully.

Then one day an email came. Just two weeks prior to the conference. I was just at the study fair and saw it on my phone. Saying they don’t want to mess with my plans and decision, but they got a scholarship offer to cover the expenses, so that I can participate. No pressure, just to let me know. I fell off my chair. This is clearly a sign, it could not be anything but a miracle. Of course I said yes. Yes yes yesssss!

Then the humoresque began. My husband has friends in Hungary and they wanted to meet. So we both went. Wanted to go by car, because M (my husband) had an urgent event he had to participate and that would mean me driving the whole night so that we can be in Budapest the morning after, when the conference starts. I was ok with that, only the weather wasn’t. It was supposed to be heavy snow with red alarm, so we had to choose a different option. I went on a night bus. It was a bus from France to Romania and you can imagine that the inside looked like a circus. And yet cosy and warm. We were supposed to arrive to Budapest at 6am, but we were there already at 3.30. There were no cabs and I had no idea how to call them, because for some reason my phone decided not to cooperate. Luckily there were some guys (the only people alive at 3.30 am) and they called the taxi for me. And then it was sunny the whole time without a single snowflake!

The conference was a huge success. I didn’t know anyone and yet it felt like home. I’ve soon enough met some crazy guys that were as crazy as me and we prepared a piece for the cabaret and made the whole group laugh. And I spontaneously gave my SOL talk and invited people to join my EU project. Caught much much interest! And learned many new friends who do amazing things. Then the last day T., a very interesting and friendly guy came and said he must talk to me. When we found a cosy place right after lunch he asked whether I know anything about basketball. I said yes, I know it’s about tall guys and an orange ball. Then he told me about the European championship, league and these frameworks. Described a team that participated as a novice at the EU challenge. The team won 3 matches and lost 3 and yet was declared to be the best debut team of the championship. Then he said that I’m like that basketball team. That he’s been at the SOL conferences for the last 7 years and he’s never met anyone like me – to appear for the first time, have a performance at the banquet and give SOL talk. I was flattered. Then as a reward I gave him some ballet lessons. It was just hilarious for the others and he was a very talented and promising student. Only my stomach was full and I began to think that I’m getting too old for this. 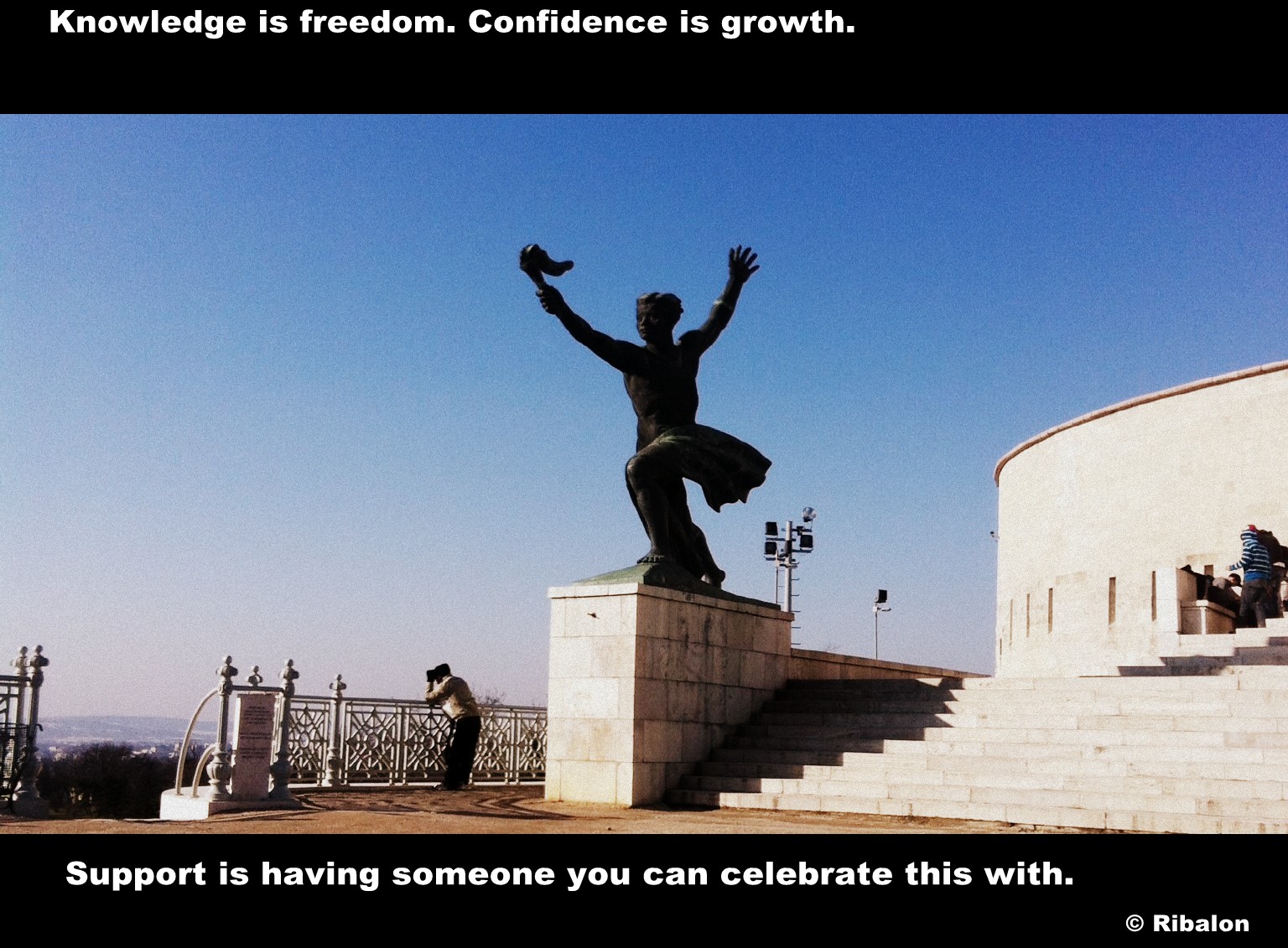 I found support in Budapest. Thank you so much!!!