Today I’ll tell you a story about someone special, someone who I hope, I’ve inherited my brain from (and looks, hopefully?). My aunt. She’s one of the Ribalon’s main supporters and she has been in my life since I remember. Always encouraging me to reach one more star, take one step further and follow my dreams, no matter what others said.

She was totally eligible to say and do so. Here’s why.

She’s retired now and used to be a medical doctor of stomatology. She finished faculty od stomatology in Slovenia, then moved to a foreign country (Italy) and had to start over, as back then, her Slovenian degree didn’t count, even though she had all the knowledge she needed (today thanks to the Bologna system, this is no longer an issue, at least some Bologna benefits!).

So she started over. Entered a medical faculty in Italy (general medicine). Got divorced and re-married again to someone who valued her more. While still studying, she got pregnant and had my cousin. Taking care of a baby, learning foreign language, trying to make a living and adjusting to the new environment, forced her to dedicate the nights to her studies. Long nights with loads of coffee and cigarettes, she says.

After graduating, she tried to learn as much as she could in as many best places she could find. Eventually, this got her to open her own practice. That was only the beginning. She collected all her strengths as well as resources and arranged an internship with one of the best doctors in the United States. There she’s learned a new technique and was among the first, who introduced the dental implants to Italy. Apart from that, she regularly visited various conferences and trainings. I remember as I was 11 and we were skiing together, she would teach me how to ski (I was a hopeless pupil), then as we came home she cooked dinner for all of us (there were at least 5 hungry people) and as we were chatting or went to bed, she returned to her books. I still hold a picture of her holding a marker pen and working late into the night.

When I left the National theater, because I was sick, she picked me up by encouraging me to go to the university even though my first attempt was not successful. She called me as I won my Prešeren’s prize for my final thesis and congratulated the first. She was on skype as I was abroad.

Back to her. Imagine, you’ve spent so many years studying and after finishing one very difficult faculty, you find the motivation to start all over? Imagine you’ve managed to be the top of the best doctors in one of the biggest cities of Italy and yet still you never rest on your past successes? Imagine you live your life in continuous growth and improvement and somehow you never lose track even though you are all alone and everybody depends on you? That was her. She was the big leader, the strongest, the smartest and most persistent. With the downside that she was not allowed to fail, to feel down or to be fragile. We were. She was not, because if we would lose her, we would have no one to turn to. So she had to stand tall.

Now the best part. When she was 17, she had to leave the love of her life. Then life happened. After 40 years they accidentally found each other again. Today they are a very happy loving couple, full of life and joy. Up until today she had faith. Faith into knowledge. Faith into love. She is a lifelong seeker. A lifelong warrior. A lifelong believer that she can do better. And she always did the best. The second great person that I proudly call my relative. And selfishly I imagine that I might be somewhat, at least tiny bit lucky to share some of her passion to learn. And to never stop making wishes. 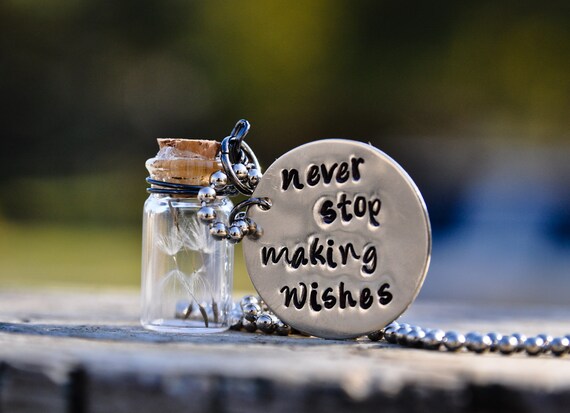